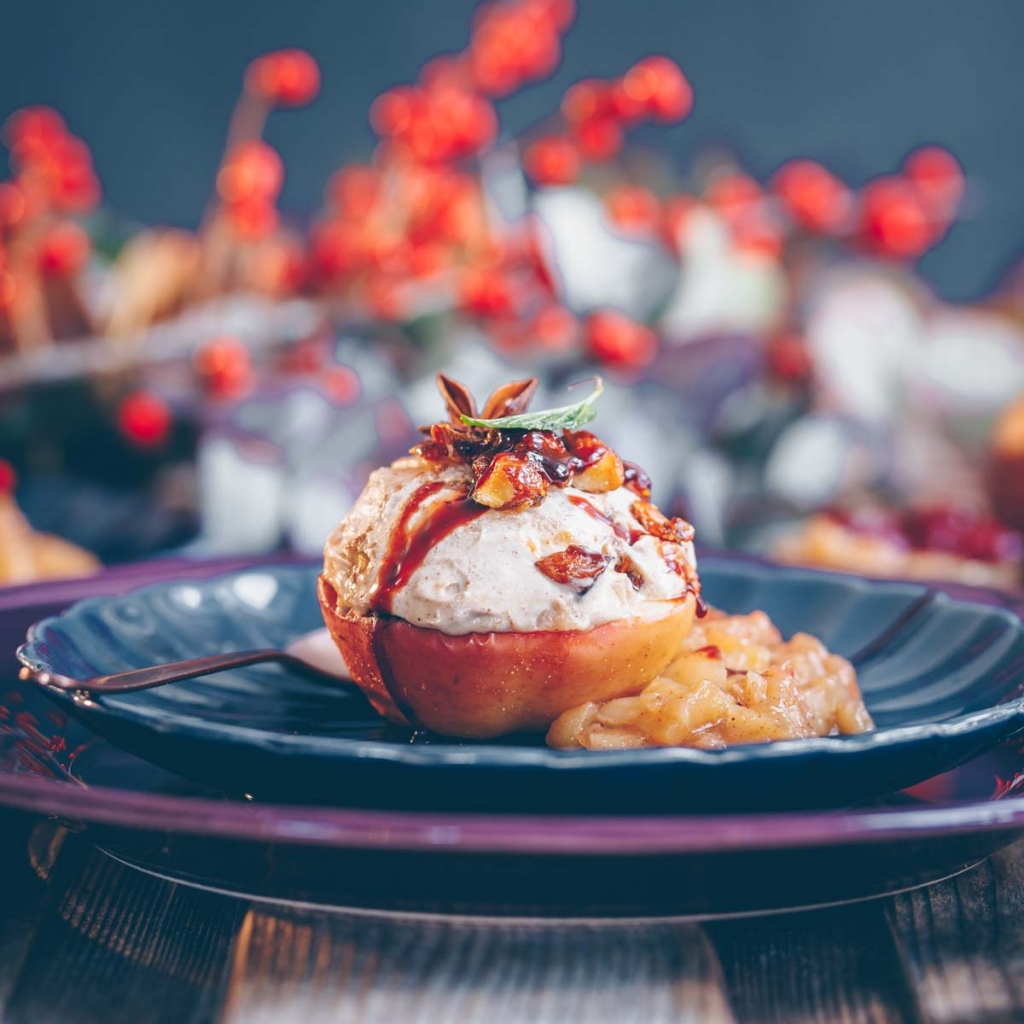 Hello lovelies, after we have already feasted through 3 courses, I’m looking forward to the grand finale: Christmas menu Part 4 – baked apple with cashew cinnamon ice cream. This dessert will surprise your family/guests, because it’s a mixture of various classical desserts such as baked apple, roasted almonds, stewed apples and also ice cream. Combined to the best of all worlds – what more can you ask for?

The cashew ice cream is very creamy and the slight taste of cinnamon perfectly matches apple and sweet almonds. After enjoying 3 courses already, the dessert doesn’t need to be so heavy and so the mixture of fruit and ice cream is a good choice. I think this dessert looks really pretty. You can easily prepare it, even a few days in advance. Only the apples should be prepared fresh and served right away.

If you don’t have suitable small bowls at home, you can of course freeze the ice cream in a larger bowl and then scoop it onto the apples. 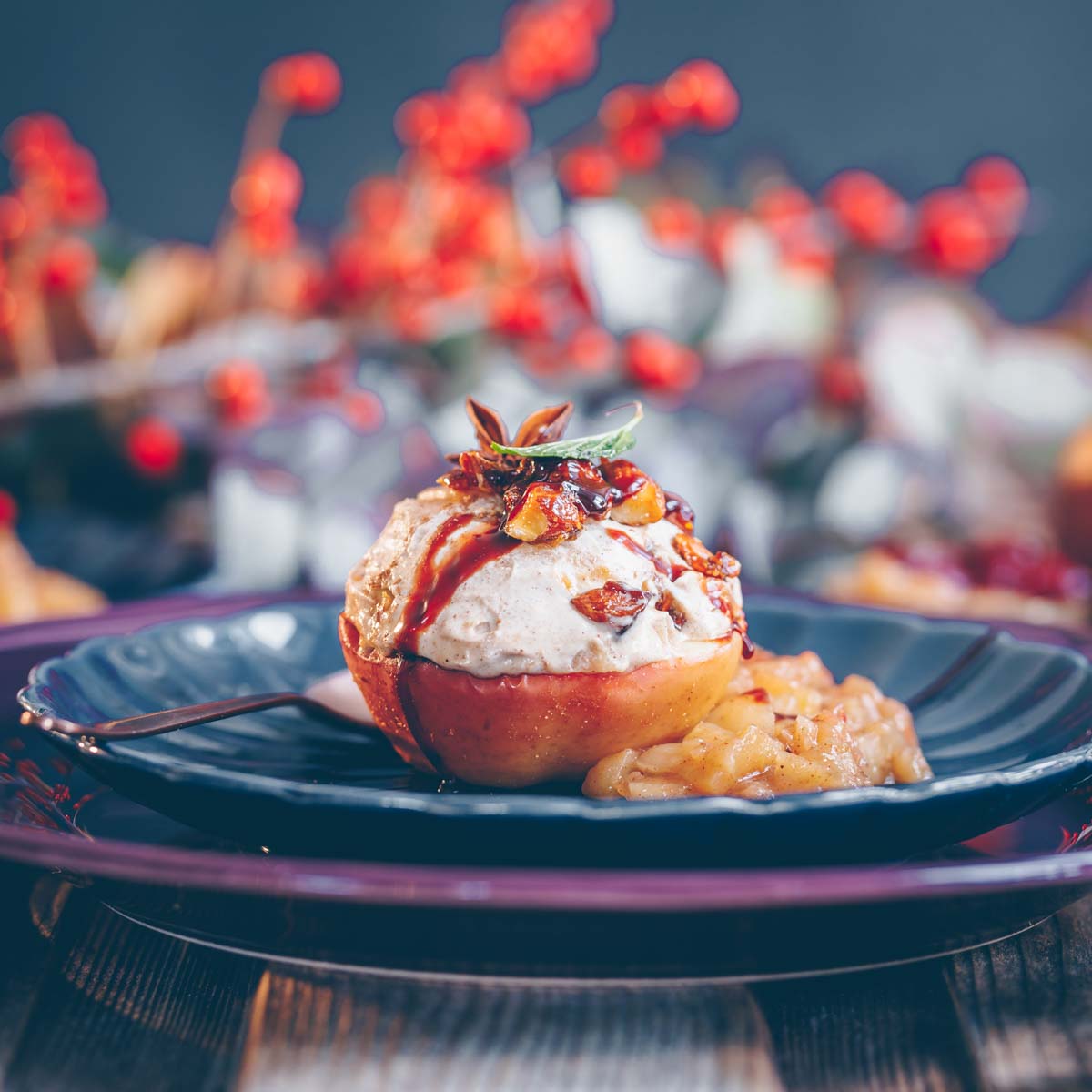 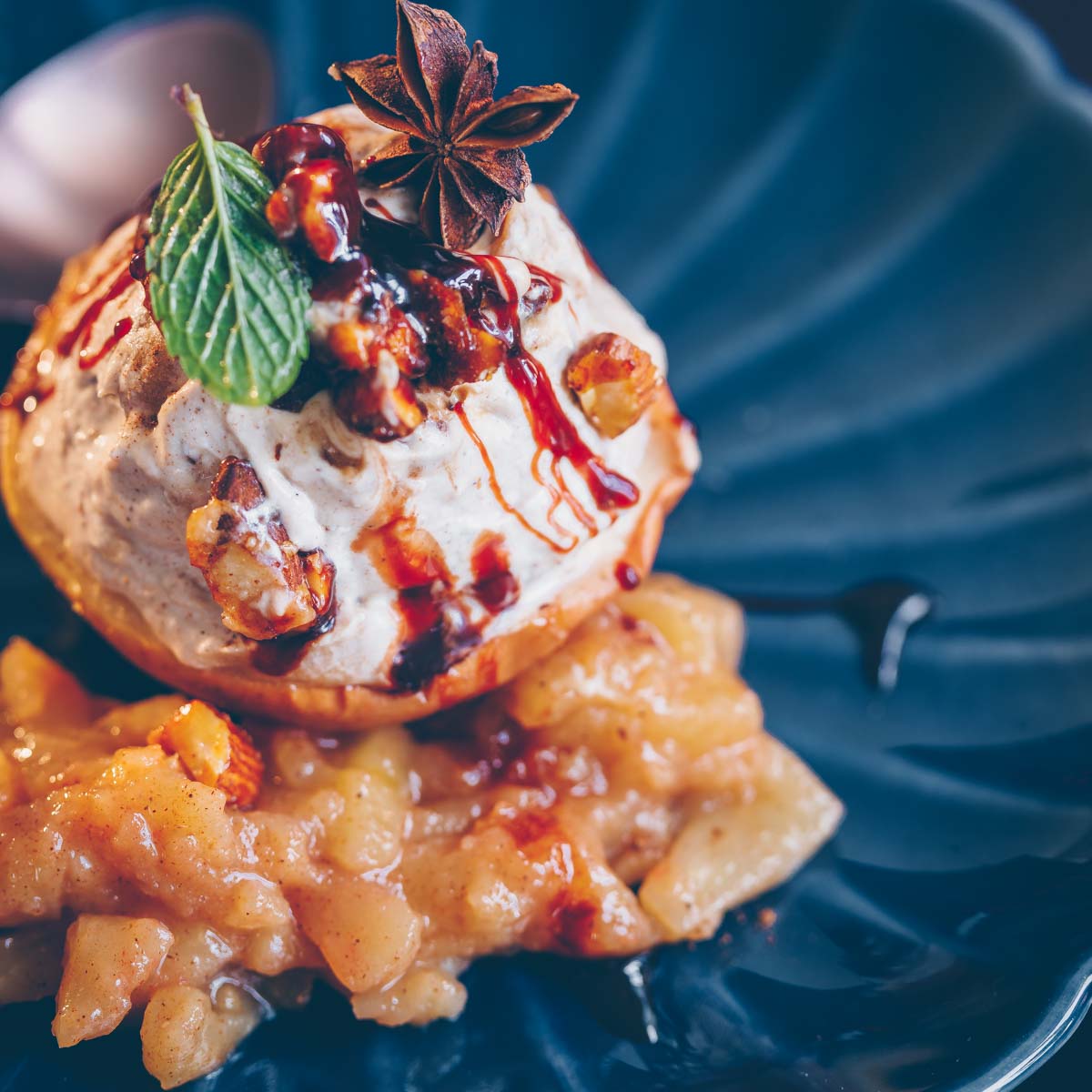 I’m always astonished to see how creamy ice cream or cheese made out of cashews turn out. It’s just very important to have a high-performance mixer and that you blend the mass until there are absolutely no crumbs left. The caramelized almonds give a delicate sweetness and also some bite. Apple, cinnamon and nuts are one of my favorite combinations anyway, not only for Christmas. In case you don’t like cinnamon, you can alternatively use tonka beans or vanilla. The addition of (vegan) Baileys is only optional. If you prefer your dessert without alcohol then just drop it and simply add a little more cream if necessary. I’m very pleased that my idea of a combination between baked apple as a base and delicious ice cream worked so well. I believe this dessert is a worthy closing for this year’s Christmas menu. Ok so these were my 4 recipes for my Christmas menu 2018. A delicious beetroot soup with ginger and orange as the starter. Sweet potato hummus and beetroot walnut dip on a pretty colorful platter as the 2ndcourse. The yummy potato packages with walnut truffle filling as the main course and the baked apple with cashew cinnamon ice cream as the dessert. I can assure you that my family and I liked the rehearsal dinner very much.

You can also find ideas for a festive table decoration and an alternative for a classical Christmas tree here.

And in case you’re looking for more ideas, then feel free to have a look at last year’s Christmas menu here. It was so delicious and maybe you want to mix and match between this year’s and last year’s menu. 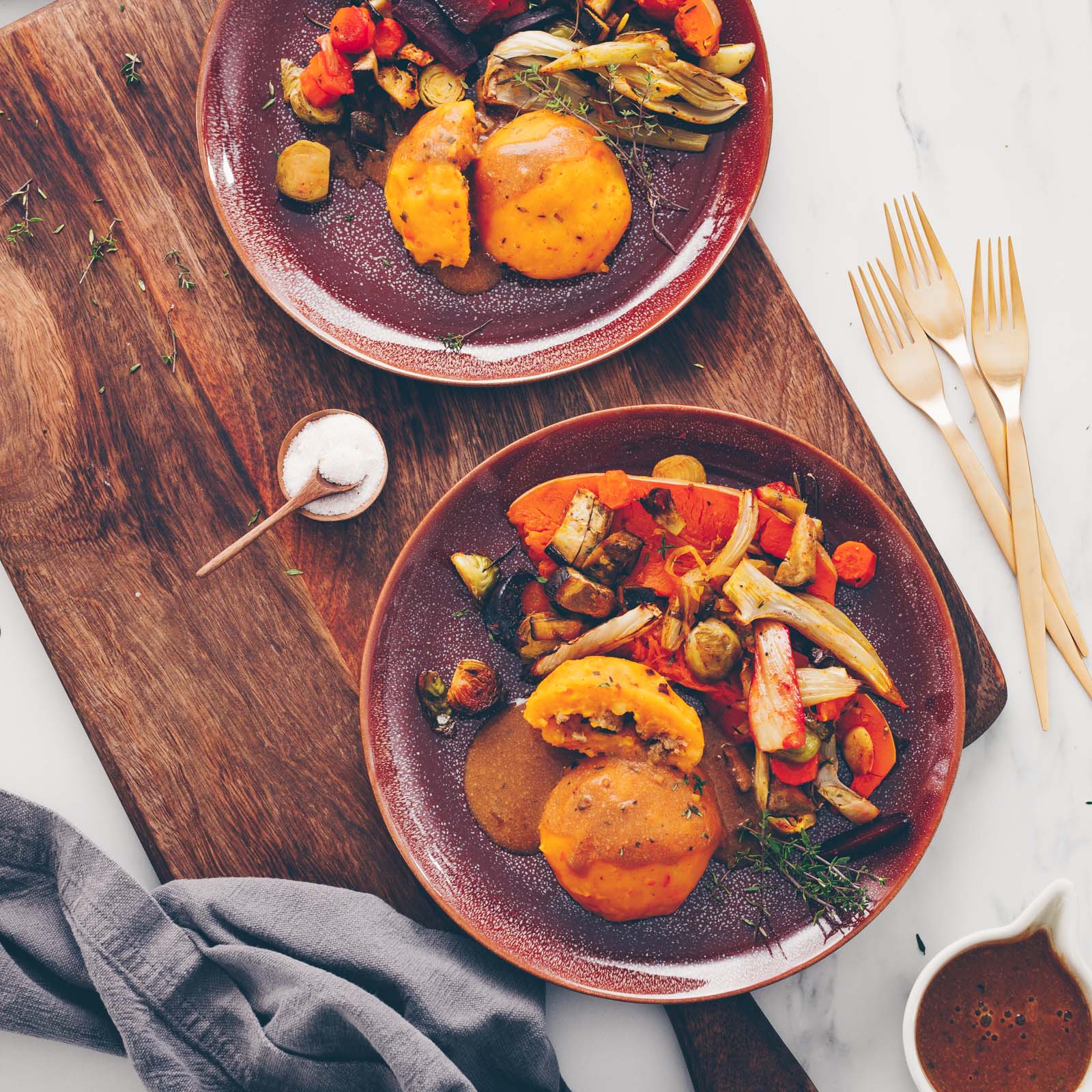