Hello lovelies, a new recipe is waiting for you, this time for delicious: brioche with apple cinnamon filling. It’s time for a pumpkin break and there are apples and lots of cinnamon in exchange. I hope that’s ok with you. I’m pretty sure it is as the brioches turned out so yummy. Fluffy, not too sweet with this delicious apple cinnamon filling and absolutely free from eggs, butter and white flour.

I actually made them with spelt flour, maple sirup and margarine. I added apple sauce to the yeast dough, which functions as an egg replacement and makes the dough super soft. There are many ways to replace eggs in baked products. Next to apple sauce you can also use bananas, chia seeds, flax flour or soy flour. I have tried so many replacements by now, I can affirm I have found a solution for pretty much every baked product that won’t make you miss any eggs.

And now here is the recipe for brioche with apple cinnamon filling:

I baked the apple brioches in a muffin pan which was super easy and provides the perfect serving size for a brunch, a snack or for a lunchbox. I gave the girls one each into their school lunchboxes, and they liked it a lot.

The brioches don’t contain any sugar and therefore aren’t too sweet, you can simply coat them with some jam. They are best served fresh (like all yeast pastries) but you can also deep freeze them and shortly heat them in the oven before serving them. Have you ever made brioches yourself? It’s truly easier than you think and even this healthier version is super delicious. 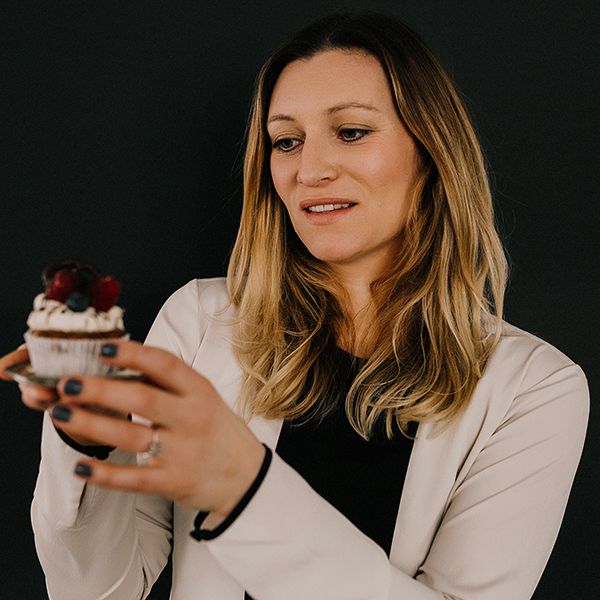